I had a Laparoscopy Operation on Tuesday 1st September 2020. To find out if I have got Endometriosis.

They showed me the photos and said that I have not got Endometriosis.

They said that they did find some little white bits which they have cut out and sent off for testing. The consultant said that I will get the results in a few weeks. He had also said that he will no longer need to see me.

My condition since the operation has been up and down.

I am still taking Tramadol everyday, most days it is at least 4 Tramadol.

I am still using my crutches.

I am still relying on Stuart to do stuff for me.

I do hope 1 day soon this situation I am in will be solved and I can be back to the way I was but I can not see it happening any time soon.

I am still recovering from the operation though.

I am still on the sick from work.

I have also decided that if nothing has changed in the next few weeks then I am going to write my consultant a letter and get him to see me with Stuart there at the same time, or ask him who i need to see next.

I do also want to say my feelings lately have been all over the place. I have not let Stuart know because I don't want to upset him, or get him worried. But I have been feeling lonely and depressed about everything I am going through. There have been a couple of times where I have cried my self to sleep.

I broke down into tears earlier because I realised how bad my situation is and how much my condition has changed my life.

The only thing that keeps me going is hope. Hope that one day I will be back to way I was a year ago.

As soon as I know more on whats going on I will let you know.

hi universal credits
my update regarding emmas operation 1of2

i thought it was time to update you regarding our situation and emmas health.

it has been 2 weeks since emmas operation, and she was warned that the recovery time would be 4 to 6 weeks. after getting home she has pretty much lived in her bedroom just like she did before to be honest.

she was told by the surgeon that he didnt actually see much in the way of endo (i presume the sticky stuff sticking to all the organs), but did find two 1mm white spots sent off for analysis. emma did say though she spent 90minutes in the theatre allthough the average is 45minutes. i will send a copy of this to the surgeon, and later will email them asking for a detailed description of what was done and what was found so i can get a better understanding of what was done and what we can do next.

so, this morning when i was nagging my gorgeous girlfriend to write something down for you guys, after 10minutes of near shouting she began crying and after i took john to nursery, we sat and had a little chat, and thats why you are getting this little update. this one is from my perspective.

i can tell emma is anxious because she wants to be well again and back at work, and i cant wait for that either because im getting ratty with her and john especially, and emmas fed up with being in bed all the time and in pain, but honestly we are and will cope and get through this, i will make sure of that. (ps thank you for all your help. we would be homeless without it so thank you.)

anyway, waffling aside. for just under two weeks since emmas operation she has definatelly shown a little improvement in certain ways. she still gets me up in the night to empty her pee jug, make her a fresh hot water bottle and a cup of coffee, while she takes another tradamol, so most nights she still relies on them to get some sleep, BUT, one night couple of nights ago she never woke me, but still woke up to take a tradamol, and last night she never woke up in pain and so never woke me up either. now im not getting my hopes up but i just want you all to know exactly what we are going through.

and about a couple of days after the op, she has on avergae been relying on 3to4 tradamol a day (including mightime)as apposed to 5or6, something i have noticed. ALSO IMPORTANTLY, she leaves me with the impression that the main place of pain on her right side in the abdominal area is not there as much as it used to be. the main area of pain for her at the moment and since the op is around and below the bellybutton area, which as far as i am hoping is the pain from the op which hopefully will go in time.

hi universal credits
my update regarding emmas operation 2of2

as i am typing, i am talking to emma, and remembered about 3-4 days ago she was getting the usual very sensative to touch the skin around the lower bellybutton area and all the way round the sides. just gently touching her skin results in a stabbing pain where she touches. sadly that is something she has been suffering with for a while now, and doesnt look like its gone away.

emma has also occasionaly been walking without a crutch, but still careful steps and no lifting or anything too physical. once or twice she has changed john, but on a changing table, and only if i lift him up and put him down.

what worries me, and i have said this to emma allready, she now reminds me of where and when she was about 2 or 3 months ago, and what really worries me, is that statistically, a majority of women having this procedure, end up developing the same symptoms again, untill such time they have a hysterectimy. now this is just my feeling here and my opinion based on other womens experiences and what i have deduced for myself. i am not saying i am correct, but atleast now you know how i feel, and what is worrying me at the moment.

i was just about to write how i thought emma was a bit better since the op, and decided to ask her opinion here as i type, and her response was a prolonged ''yeaahh, but i dont think its gonna last'', and ironically, thats what i was conveying to emma this morning after we had our little tiff.

honestly, i think she is definatelly a little bit better, but i would be a liar if i said i think she is out of the woods so to speak. another reason why im writing this is after reading emmas written info for you on universal credits she said about maybe being back at work in 5weeks after the op because the nurse said so, i reminded her the last time she heard that and believed it, she was still in severe pain and agony.

also, while i am typing this, and refering to emmas note being sent to you at the same time, i didnt understand why the surgeon told emma he wouldnt have to see her again, as there should atleast be a post op review, and i will be taking this up with the surgeon in due course. if she needs to see someone else, i will be asking hime who we need to see next. as well as asking for a full report regarding what he did for my emma. it has to be pointed out i was not allowed to be by emmas side due to corona virus and i should atleast be given some guidance as to what took place. i will be asking for something in writing from the surgeon in due course.

sorry if i am typing as i talk but i atleast am trying to inform you of where we are.

honestly, it has only been 2 weeks since the op, and so too soon to jump to any conclusions, but nevertheless, atleast we have tried to keep you informed, and will get back to you, once i have emailed the surgeon, and received a response regarding my queries and concerns.

i will keep you updated when things change and thank you.

I acknowledge receipt of your complaint which I received t ® re oday and note your concerns; I will discuss your letter with the partners

We will respond within 10 working days. 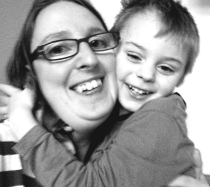 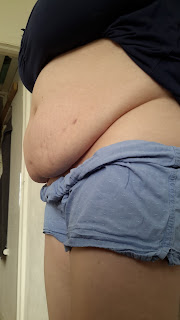